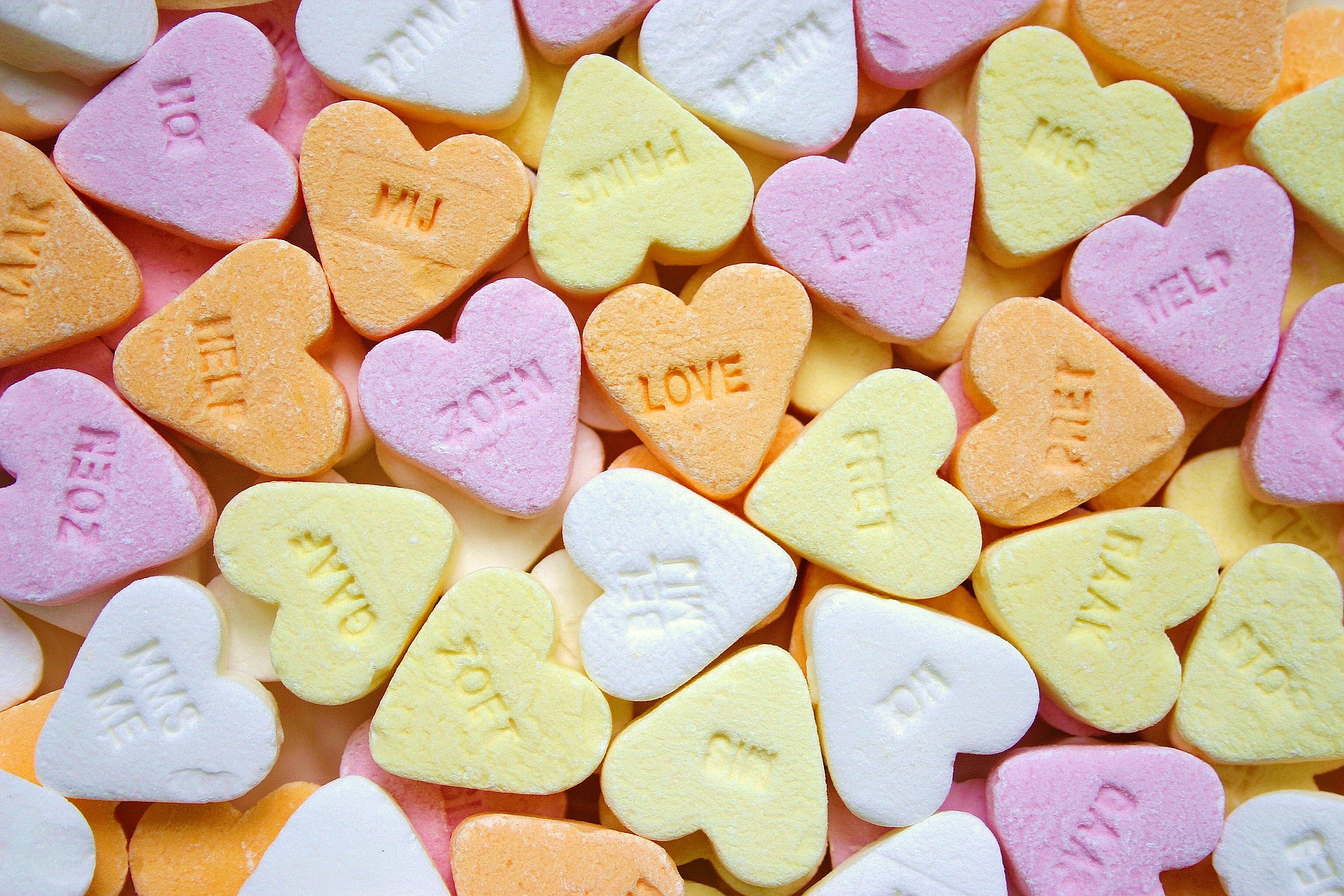 Sugar is everywhere and in everything: it’s pervasive in our modern diet!

And, particularly harmful to gut health, Sugar disturbs the way in which our gut bacteria function.

However, the intent of this article is not to say that you can’t ever eat sugar again. Instead, I hope this article will help you better understand the perils so you can make your own wise decisions. The goals of this article are to:

It is clear that Sugar directly impacts our gut health. Therefore, it is vitaly important for anyone who wants to improve their gut health to understand and put into practice some of the information in this article about Sugar and Gut Heath!

“The food that nobody needs, but everyone craves.”

It seems as though no other substance occupies so much of the world’s land, for so little benefit to humanity, like sugar. According to the latest data, sugarcane is the world’s third most valuable crop after cereals and rice and occupies 26,942,686 hectares of land across the globe. Its main output – apart from commercial profits – is a global public health crisis, which has been centuries in the making.

The obesity epidemic – along with related diseases including cancer, dementia, heart disease and diabetes – has spread across every nation where sugar-based carbohydrates have come to dominate to the food economy. (1)

This striking headline and following quote are from a 2015 article from the site, “The Conversation”.  Moreover, this article includes a lengthy and fascinating description of sugar and it’s role in world history. (1) (Read more)

The article from “The Conversation” offers a chilling and horrific recounting of how the desire for sugar drove the trans-Atlantic slave trade between 1501 and 1867. This huge “need” for sugar is what created this terrible and inhuman situation. To quote: “Around 12,570,000 human beings were shipped from Africa to the Americas between 1501 and 1867. Mortality rates could reach as high as up to 25% on each voyage. And between 1m and 2m dead must have been thrown overboard.” (1)

The tragic historic events associated with the rise of sugar cane plantations and the slave trade also shaped the economics of our modern world. The push for sugar created need for the formation of the modern banking and insurance industries. Also remarkable, are the comparisons and striking similarities between the Sugar and Tobacco industries throughout history.

"In many ways, the story of sugar and tobacco are closely aligned. Both products were initially produced through slave labor and were originally seen to be beneficial to health. And although both sugar and tobacco have ancient origins, it was their sudden, mass consumption from the mid-17th century onwards that created the health risks we associate with them today.

The idea of “industrial epidemics” of non-communicable diseases, being driven by the profit motives of major corporations, rings true for both. And while tobacco is widely acknowledged to be addictive, sugar can also drive behavioral responses that are indistinguishable from addiction.

But in the 21st century, the grip of sugar is stronger than comparable scourges like tobacco, or even alcohol.

Sugar is not only ubiquitous – it is potentially responsible for approximately 20% of the caloric content of modern diets – but also central to the world’s economy and cultural heritage." (1) (read more)

Sugar has been misrepresented and misunderstood for a long time. The “Fat-free” and “Low-fat” era began in the 1960’s and continued through the 70’s and the 80’s. The initiative by the sugar industry that was launched in the 1960’s was a way to refocus the attention and blame of health dangers away from sugar. The brunt of this effort was designed to vilify saturated fat instead. And this became the popular understanding. People avoided fat as a way to stay healthy, and in so doing, they consumed sugary foods and carbs instead.

In the 1960's research documents showed evidence that linked sugar consumption to heart disease and bladder cancer. Research from the same time period also demonstrated that food additives cause cancer in animals.

However, in the 1970's and 80's, the sugar industry worked to bury the truth about the dangers of sugar. They manipulated and molded research to shift the blame of the causes of obesity and heart disease - from sugar - to dietary fats.

This same industry also worked to shift the concerns about sugar in dentistry, to a focus of a needing to supplement with fluoride, during this time frame.

“The documents show that in 1968 a trade group called the Sugar Research Foundation, known today as the Sugar Association, funded a research project on animals to shed light on the connection between sugar and heart health.

But when the research pointed to a mechanism by which sugar might promote not only heart disease but also bladder cancer, the industry group ended the study and never published the results.

The sugar industry has long insisted that sugar has no unique role in promoting obesity, diabetes or heart disease, though numerous studies by independent researchers have concluded otherwise.

Stanton Glantz, a professor of medicine at U.C.S.F. and an author of the new report, said that even though the newly discovered documents are 50 years old, they are important because they point to a decades-long strategy to downplay the potential health effects of sugar consumption.”  (2) Read more

According to Dr. Mercola:

"Considering what we know today, it’s no surprise to learn the study showed that sugar promotes heart disease. However, the mechanism of action suggested sugar might also cause bladder cancer. At that point, the study was shut down. The results were never published. Co-author Stanton Glantz, professor of medicine at UCSF, told The New York Times this latest report continues “to build the case that the sugar industry has a long history of manipulating science.”

In a public statement, the Sugar Association rejected the report, calling it “a collection of speculations and assumptions about events that happened nearly five decades ago, conducted by a group of researchers and funded by individuals and organizations that are known critics of the sugar industry.” According to the association, which confirmed the existence of the study, the research was shut down not because of adverse results, but because of delays that made it go over budget. (3)

Switching the blame to fat.

In this article, “Big Sugar Buried Evidence to Hide Sugar Harms”, Dr. Mercola continues to discuss research from the late 1960’s initiated to counter the “negative attitudes toward sugar”. This research, funded by the Sugar Industry, was led by John Hickson who was then an executive for the Sugar Association, and who later went on to work for the Cigar Reseach Council.

“As part of the sugar industry campaign, Mr. Hickson secretly paid two influential Harvard scientists to publish a major review paper in 1967 that minimized the link between sugar and heart health and shifted blame to saturated fat … Hickson left the sugar industry in the early 1970s to work for the Cigar Research Council, a tobacco industry organization.

In 1972, an internal tobacco industry memo on Mr. Hickson noted that he had a reputation for manipulating science to achieve his goals. The confidential tobacco memo described Mr. Hickson as ‘a supreme scientific politician who had been successful in condemning cyclamates, on behalf of the Sugar Research Council, on somewhat shaky evidence.’”  (3)

Research showing that Sucrose has an adverse effect on cholesterol and triglycerides came out in the mid-1960’s. And in the late 1960’s, the Sugar Association launched Project 259 to investigate these findings.

"This research was led by W.F.R. Pover, a researcher at the University of Birmingham in the U.K, who was paid the equivalent of $187,000 in today’s currency to perform the study. The initial results, detailed in a 1969 internal report, showed that rats fed sucrose produced high levels of beta-glucuronidase, an enzyme associated with both arterial hardening and bladder cancer. According to the internal report, 'This is one of the first demonstrations of a biological difference between sucrose and starch fed rats.'

Mr. Pover also found that sucrose had an adverse effect on cholesterol and triglycerides, and that, indeed, this was the work of gut bacteria." (3)

The research from Project 259 was never published. If it had it been published, it would have had serious and severe consequences for the Sugar Industry, as a whole.

“That Sugar Film” is a 2014 Australian documentary starring and directed by Damon Gameau.

“The film looks at hidden sugar in foods and the effect it can have on the human body.

The film follows Gameau’s experiment on himself, changing from his normal diet containing no refined sugar, to a ‘health-conscious’ diet low in fat but high in sugar, equivalent to 200 grams (40 tsp) of sugar per day.

In this experiment, his calorie intake was not any higher than in his normal diet.” (Vimeo)

In yet another article about the dangers of sugar, Dr. Mercola interviews J.J. Virgin about the pitfalls of hidden sugars in our foods.. (J.J. is a well-known nutritionist, author, and trainer.) In this article, “How to Lose Weight by Identifying Hidden Sugars in Your Diet”, J.J.’s argument is that it’s not the sugar, or even added sugar in our diets that is the problem. She says, instead, that it’s the hidden sugar that is prominent in so many of our foods that is the true culprit.

“Sugar is really public enemy number one”, according to J.J. “That’s why I chose to focus on it. I don’t think added sugar is really the problem; I think it’s what’s in a lot of our food that we don’t recognize [as sugar].

Whether it’s having apple juice (which is worse for you than a soda). Or a yogurt sweetened with fruit juice concentrate. Or whether you’re just thinking that fruits are a "free for all".  These are all creating problems." ... "To end sugar cravings, your body needs to burn fat as its primary fuel." (4)

(To read more from the interview with J.J. Virgin, click here.)

Read my blog post (Keto-Vegetarian Diet Plan) to learn about the benefits of metabolizing fats and how to switch from burning sugar to burning fat.

Or read my post about Intermittent Fasting & Gut Health (on the benefits of Ketosis and burning fat for fuel).

Dr. Mercola points out the amounts of hidden sugar found in common foods in his article, “A Sugar in Foods (A Sweet Trap) Infographic”. His focus is on fructose and the many sources of fructose, particularly high fructose corn syrup, that are dangerous.

“I find it troubling that the average American now consumes roughly 35 pounds of high-fructose corn syrup and 47 pounds of cane sugar every year. It’s no wonder a large portion of the population suffers from health conditions brought about by a high-sugar diet, such as:

Are you ready for a change?

Begin your own journey